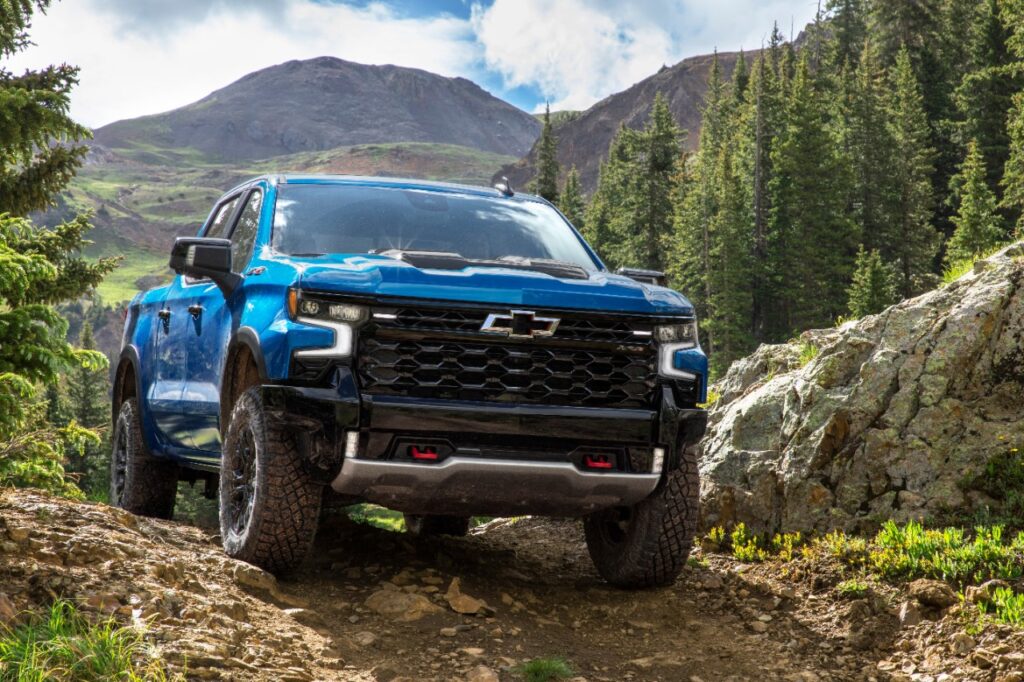 Last week, Chevy revealed the first-ever 2022 Silverado ZR2 during the NFL season opener with an awesome 60-second commercial with an all-star cast. It featured five well-known celebrities to give the truck the shine it deserves.
Platinum-selling artist Breland highlighted the elevated design of the truck on the set of a Hollywood-style video shoot.

Chase Elliott needs no introduction. The NASCAR Cup Series Champion pulled his boat out of the lake with the Silverado’s world-class trailering technology.

Chad Hall is one of the most well-known off-road racers and precision engineers there is, and he showed just how much dust this amazingly engineered machine can kick up when it hits the dirt road.

Chris Pratt demonstrated how valuable the eight available cameras onboard are, tracking down some missing cattle while his adorable cat watched from a distance.