The 2022 Chevy Silverado pickup trucks have always been very sought after, and now even more than ever before. With abundant sunshine, opportunities to catch up on work or just to head out snd show every other car on the block who’s boss, lift kits, towing stats and aftermarket add-ons mean much more fun and value for summertime. 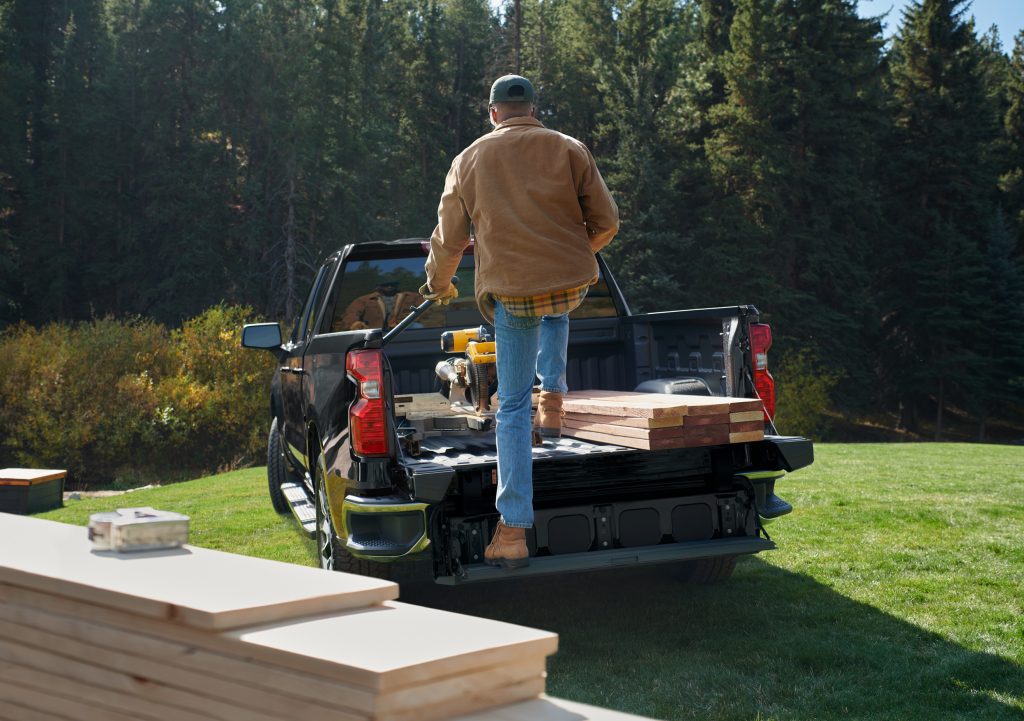 Both the 2022 Silverado 2500 and 3500HD pickup trucks now offer new heavy-duty options for one of the most important tasks any truck owner does for business OR pleasure: loading up the bed. GM brought its first Multi-Flex tailgate to life on the GMC Sierra AT4 last year, but when it comes to the Silverado you won’t need a higher trim level to add this all-powerful and utility-oriented feature. You use your hand to fold [...] 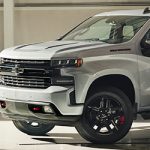 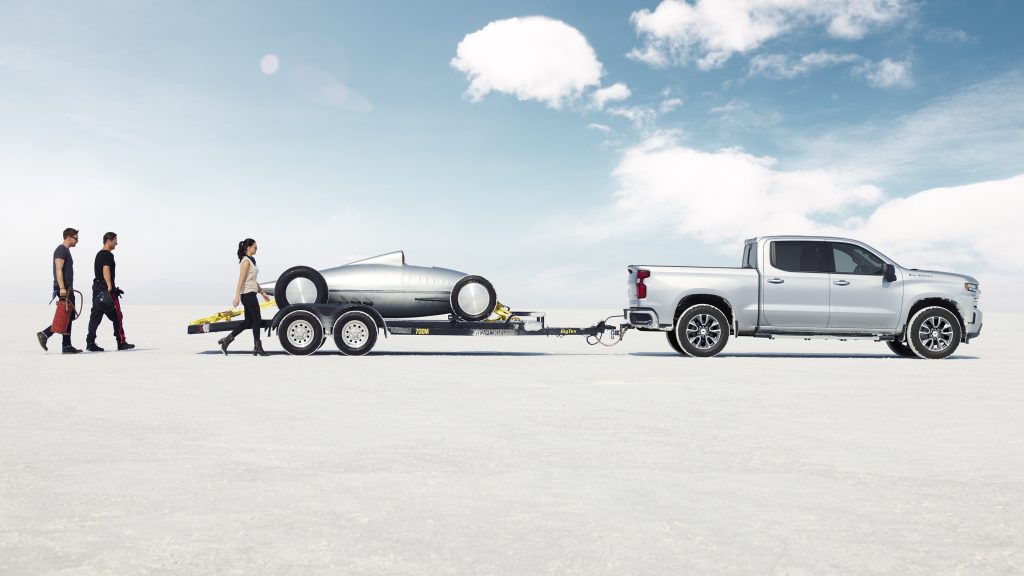 Now in its third year of the fourth generation release here at Jim Butler of St Louis, the Chevy Silverado 1500 light-duty pickup possesses styling that stands out massively above what was available during previous releases. GM Authority laid out last week that one of the most popular reasons to buy the Silverado is currently the new and improved styling, hitting a thoroughly home run with the coveted 18 to 34 demographic.

The Silverado and its close relative in the form of the GMC Sierra outsold the Ford F-Series by nearly 60,000 units during the year, as those looking for a solid work and family truck stepped up to the most ideal and capable selection. Some of the most exciting news we were alerted to this year was the development of an electric model planned [...] 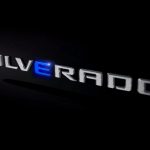 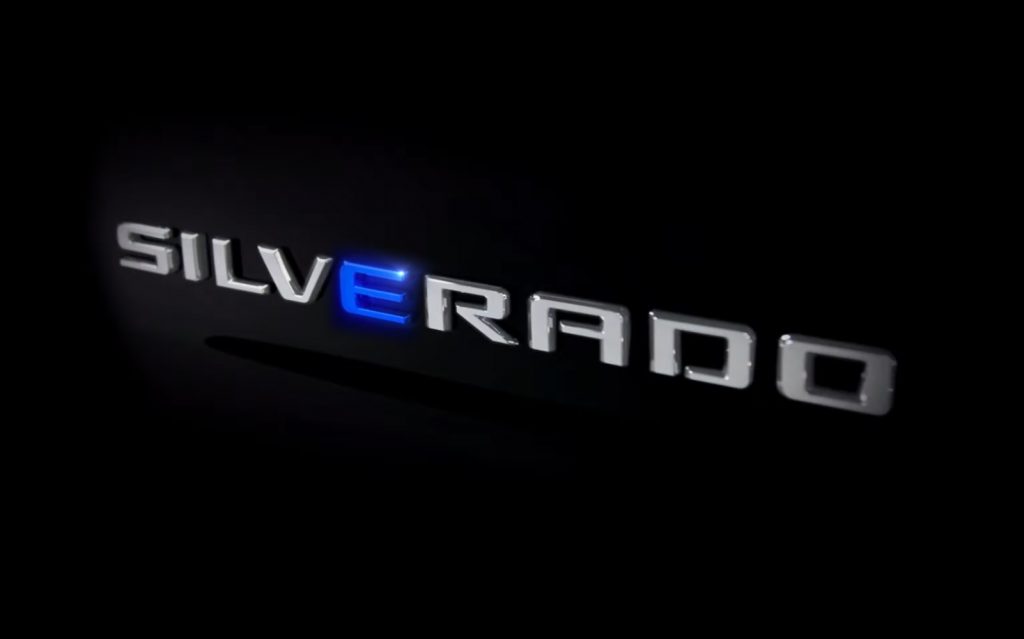 The Chevy Silverado has long been known for extreme ability that stems from its terrific 6.2-liter V8 powertrain, ideal driver’s position, and versatility when stacked against the competition. Impressively quick and adequately fuel-efficient, everyone here at Jim Butler Chevrolet was happy to see that an all-electric model is now officially in the works. There were rumors that this Eco-friendly and revolutionary new vehicle was becoming a reality in February of last year, and then again in June, and last month the brand we are so proud to represent every day officially laid down the word that the vision will manifest itself into exciting new frontiers.

The awesome staff on duty at CarBuzz.com is great at keeping their fingers on the pulse of the future of cars and delivering the news regarding how it feels [...]

GM Authority is an excellent and frequently updated source for everything Chevy related and keeps us constantly informed about new releases, what types of features models will offer, and spy shots snapped of models coming soon. The brand we love so much here at Jim Butler Chevy of St Louis has promised to release 30 new EV models in the next four years and is now hard at work developing an all-electric Chevy Silverado pickup.

In an official announcement released last week, GM stated that the new Chevy Silverado pickup will be built at GM’s Factory Zero Detroit-Hamtramck assembly facility in Michigan, alongside the GMC Hummer EV SUV. Customers will have their choice of both retail and fleet versions of this new electric pickup, and high demand is expected from the very Eco-conscious and eager-for-change truck buyers out there impressed by the latest advances in technology. Many reports have hinted at the fact that this [...] 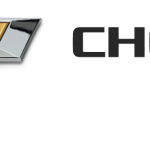 Spy shots can be viewed here.

Since last year, there have been numerous reports that Chevy has been hard at work on a full-size and furious competitor to the Ford Raptor and Ram TRX, which have both enjoyed extreme popularity over the last year in the form of awards and a dedicated fan base. As we excitedly searched the internet here at Jim Butler Chevy of St Louis looking for a few clues of what may materialize, the Autoblog staff had offered up some spy shots of what appears to be a massively serious Chevy Silverado off-roader with noticeably increased capabilities.

The hood on this stealthily-spotted model was hidden under a huge bulge of camouflage, and the front bumper was a bit more turned up at the edges to provide clearance under the tires. Underneath it all is an XXL-sized skid plate that protects all of the Silverado’s most vulnerable parts, a dire necessity [...] 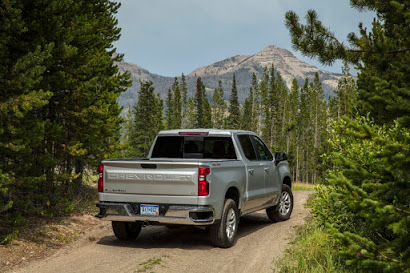 A prototype for the 2022 Chevy Silverado was recently spotted on the road, as it seems it was not that entirely long ago that we were checking out the all-new Chevy Silverado 1500 pickup and it’s bold styling. This video offers a close-up preview of the expected changes, even through the camouflage is heavy in presence from the front and rear. It appears that redesigned LED headlamps will replace the current lenses, and the design element bearing cutouts from the fenders is said to be ditched for a two-light arrangement like what is seen on the larger Silverado HD.

Even with the heavy camouflage at the rear, some experts taking a close look with all of us here at Jim Butler Chevy of St. Louis think that this incoming model will see a version of GMC’s MultiPro tailgate, which boasts two tailgates in one, basically turning your tailgate into stairs with speakers also available [...]

This was most definitely a year that saw many upgrades and announcements, all of which are getting us excited here at Jim Butler Chevy of St Louis. First on the list for the coming fall season was the 2021 Chevy Silverado 1500, aggressively-stanced and announced with a fresh lineup of changes. It rang in the addition of the brand-new Multiflex Tailgate and new turbo 2.7-liter four-cylinder engine, higher payload capacity and improved ease-of-use are both on the table. 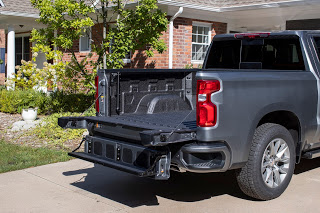 Specialty Vehicle Engineering’s founder Ed Hamburger began his first performance parts business in 1970 after his resident expertise as a drag racer and induction into the NHRA NED Drag Racing Hall of Fame was a driving source of inspirational knowledge. He then began a unique business featuring a well-focused product line of the high-performance engine, suspension, and transmission components. His next exciting chapter saw the creation of Hamburger’s Oil Pan, which grew to become the dominant performance oil pan supplier in NASCAR Cup Racing and NHRA drag racing, seeing 85% of all cars sporting his specially-designed pans.

In 1987, Ed formed Street Legal Performance, which has since become Specialty Vehicle Engineering. After many great years of honing custom builds to perfection, all of us here at Jim Butler Chevy [...]

As we continue to plod through the winter months and look forward to the coming of spring here at Jim Butler, many customers have made their final decision and are talking to our first-rate finance department to conclude their New Year’s purchase. Trucks are one of the items that find their way the most rapidly off the lot, and the 2019 Silverado 2500 HD is a three-quarter ton work truck that is available in regular, crew and double-cab configurations featuring both long and standard beds. The staff on duty at Trucks.com offered up a nice piece of blogging work last week outlining the details and specs, and generally praising the trusty and reliable workhorse that is the 2500 HD.

The truck is built on GM’s full-size K2 platform, which is now shared with the GMC Sierra HD. It is available in four trims: Work

Spy shots have always been an element of the automotive game that gets immediately exciting: there is nothing as effective for mounting tension for a new release by the means of spreading spy shots around on YouTube and blogs. All of us here at Jim Butler Chevy of St Louis recognize that it may get a bit tiresome to see cars in camouflage instead of fully uncovered before a new release, but not seeing the entire package is one of those elements of the playbook that any manufacturer can recognize the benefits of.

The Chevrolet heavy-duty pickups that are being spotted in the latest offerings of spy shots offer a pretty good look at the shape and size of the 3500 dually models, and while Chevy has completely pulled all of the wraps and covering off of a few variants of the new HD